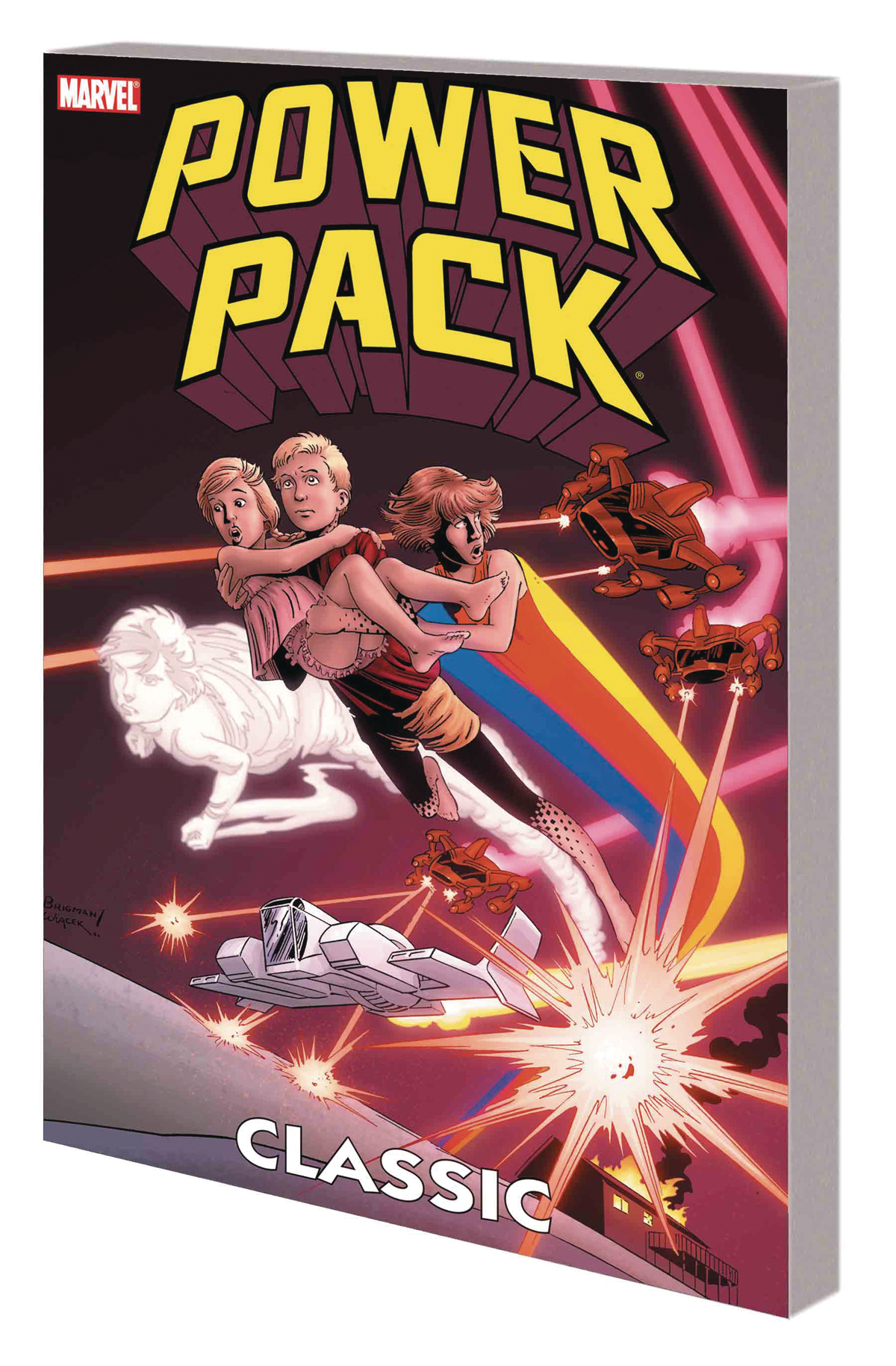 Power Pack is one of the Marvel titles that really made an impression on me as a young reader. I think part of it was that all other comics had college students or adults as the lead characters. Whereas Power Pack were about the same age as myself at the time (eldest member of the team was only twelve!).

For those new to Power Pack, it’s a comic that follows the adventures of four young siblings after they are gifted superpowers from a dying alien. The alien was injured in their attempts to protect the planet from the villainous Snarks.

The team is comprised of the four Power kids. Alex (aka Gee) is given the ability to negate the force of gravity on himself, other people and objects. Julie (aka Lightspeed) receives the ability to fly at super-speeds leaving a rainbow trail in her wake. Jack (aka Mass Master) can alter the density of his mass meaning he can expand his density to become gaseous or reduce it to shrink his physical form while becoming less susceptible to injury. However he still weighs the same as he does at his regular size. And last of the four is Katie (aka Energizer) is able to project “power balls” from her chest that contain great destructive force. She must disintegrate objects to replenish her energy levels after creating the “power balls”.

As Power Pack are quite young, much of their adventures are a result of the impetuousness and/or innocence of youth. I was pleasantly surprised on reading this volume to discover I hadn’t read any of the issue contained within the volume before. So I had the added bonus of having new Power Pack reading material.

The first four issues in the volume server as the origin story of the team and their fight against the Snarks. Reading these issues, it was easy to see why young readers would enjoy this comic. A group of young heroes doing their best to keep the world safe, without the oversight of an adult figure. And should an adult appear in the story, they are either a threat or telling the team to leave the hero-work to the adults.

With volume one containing the first ten issues, it gives the reader a great sense of the personalities of the four Power kids. From their interests to how they tackle the challenges that Power Pack face.

The art is bright and cheerful particularly when it comes to the teams uniforms. Each have their own variation of the uniform with some sort of symbol denoting that members ability. There’s some wonderful art and you could be forgiven for forgetting you’re reading a superhero book at times.

It’s issue six before the team bump into other Marvel heroes. The issues with Cloak and Dagger were the stand-out ones in that section of the volume. There’s a wonderful moment where the young heroes pulled Cloak and Dagger back from venturing down a very dark path.

It was great to get reacquainted with one of my favourite comic teams, and reading some new (to me) Power Pack stories.

This entry was posted in Comics and tagged Power Pack. Bookmark the permalink.