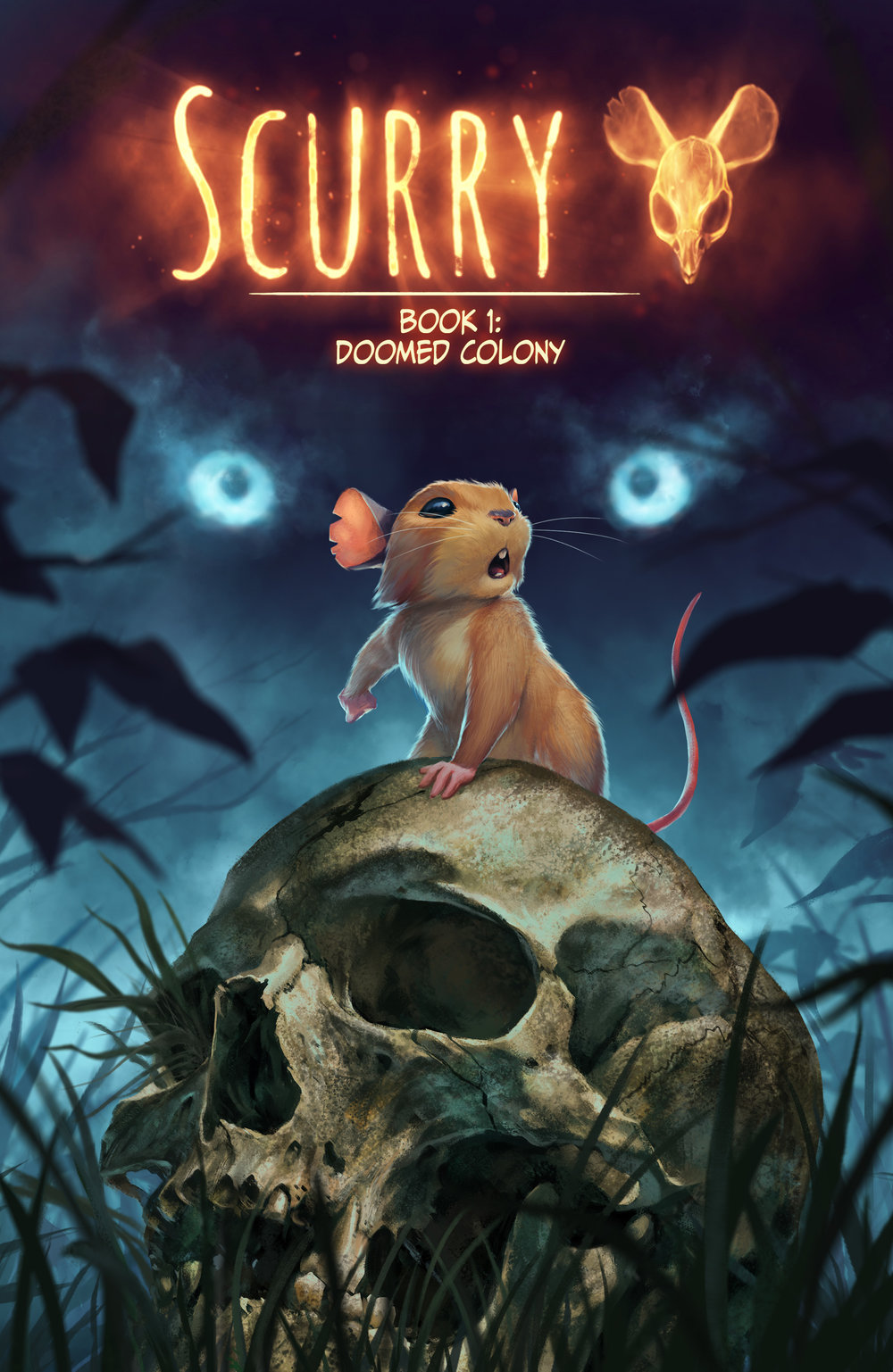 Introduction to the Scurry series from the Scurry website (which also hosts the ongoing webcomic of Scurry):

Scurry is the story of a colony of mice in an abandoned house who are struggling to survive a long, strange winter. The humans are all gone and the sun is rarely seen. As food becomes scarce and many mice fall ill, the scavengers are forced to search farther from their home, braving monster infested lands in search of anything that will help the colony survive another day. Being hunted by feral cats and predatory birds is part of life for these mice, but beyond the fences stalks something far more fearsome…

Scurry is a webcomic that I had been dipping in and out of. It’s a beautiful looking comic that is similar in tone to some of the movies that I loved in my youth. Movies such as the Dark Crystal, Secret of NIMH and the Never Ending Story. Smith himself does mention that they had an influence on his work in the afterword of Book 1.

Once Smith announced his Kickstarter for Book 1, I just had to pledge to the campaign. The comic looks great on-screen but I really wanted a physical comic. Don’t get me wrong, I do enjoy webcomics but I do try get physical copies if the creators decide to release them. Especially with the previews Smith posted and the option of a slipcased hardback.

The story opens with Wix (a mouse) and Umf (a rat) searching an abandoned house for food to bring back to the colony. All the while they must avoid poison, traps and cats. The colony itself is facing starvation as they are running out of supplies with winter face approaching. Word reaches the colony of an overturned truck containing food outside the area the foraging groups usually travel.

The whole comic is of a really high standard and I find it amazing that it’s freely available to read as a webcomic. If you haven’t already made a start on reading Scurry, you really should make a start on it. The artwork itself, both characters and the sets/backgrounds are stunning.

You can read the comic (as well as buy book 1 whiles stocks last) on the Scurry website.

This entry was posted in Comics and tagged Scurry. Bookmark the permalink.